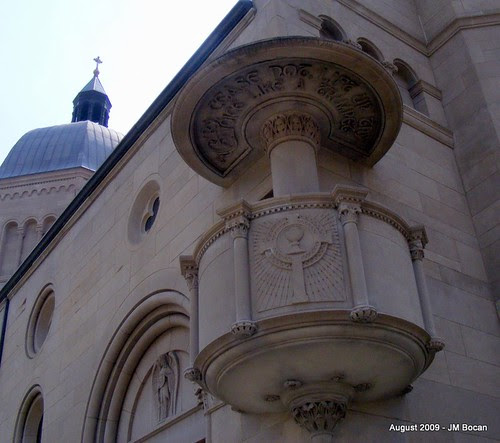 Edward Joseph Weber is, in many respects, the José Carreras of the early twentieth century Gothic Revival. You have Pavarotti, Domingo, and...the other guy, just as you have Cram, Goodhue, and...the other guy. Indeed, I would not have known of his existence had not he published two well-illustrated books on Catholic ecclesiology that often served as extremely thinly-veiled showcases of his work. (He seems to have had a hyperactive publicity machine, though I am not quite sure if it ever quite gained the traction he deserved. I know next to nothing of his actual biography, which says something already.) While his Gothic sketches often have a rather fantastic air to them--one shows an unbuilt modern cathedral with a crossing-tower about as big as a skyscraper--his greatest finished work was the Byzantino-Romanesque Cathedral of St. Joseph in Wheeling, West Virginia, a stolid structure with a rather bland exterior and a vividly-frescoed interior that shows a brilliant coloristic boldness and use of liturgical-eschatological symbolism never surpassed by his more famous confrères, with their own tendency to ornate but ultimately grey Gothic. Here are some stunning photos I found on flickr.com (credit: photographer JM Bocan): 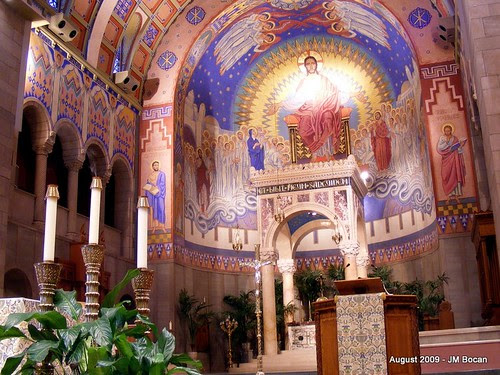 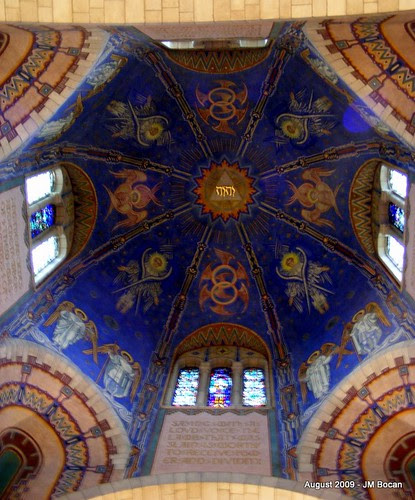 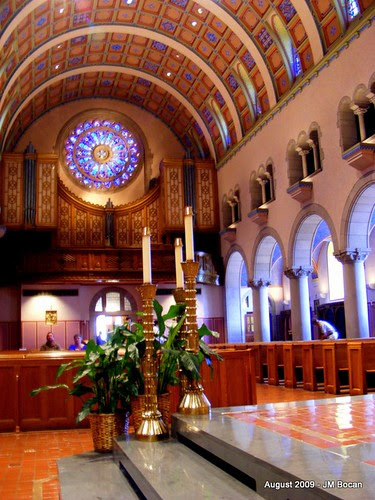